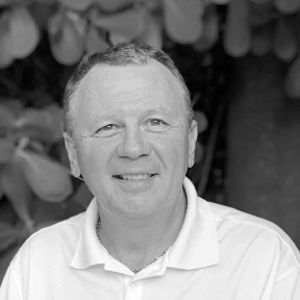 John is a Yacht Manager and Company Security Officer (CSO) for IYC. He is instrumental in working with yachts, captains, owners, owners representatives to provide guidance on the strict requirements of the International Maritime Organization’s (IMO) adopted four pillars; SOLAS, STCW, MARPOL and MLC.

He started his career serving in the United States Coast Guard (USCG) as a Boarding Officer. Here, he discovered his passion for the maritime industry, working directly with captains and senior officers to provide guidance, as well as ensure safety and security in the commercial shipping and yachting industries.

Following his tenure with the USCG, John became a General Contractor and launched his own successful commercial maintenance company, primarily focusing on South Florida. Anticipating the early 2000-housing crisis, he decided to return to his passion and re-join the maritime industry.

John subsequently worked closely with Peter Baker, who was one of the first Yacht Managers to obtain a Flag State Document of Compliances (DOC). Having served as a DPA and CSO, John looked to further grow his experience with a large yacht management company and selected IYC as the best fit for his career development, joining the team in spring 2020.