Undoubtedly one of the party islands of the Cyclades, Ios draws crowds for its buzzing bar scene and beautiful sandy shores. Carefree revelers come here from all across the globe to soak up the warm Mediterranean sun and dance until the early hours. However, there is a quieter side to the island that you can discover. A charter to Ios offers the best of worlds: swim in beautiful coves and explore historical ruins by day, enjoy a vibrant party atmosphere by night.

Take in the astonishingly blue sea, whitewashed fishing villages, and rugged green landscape as you set sail to one of Greece’s most popular destinations. 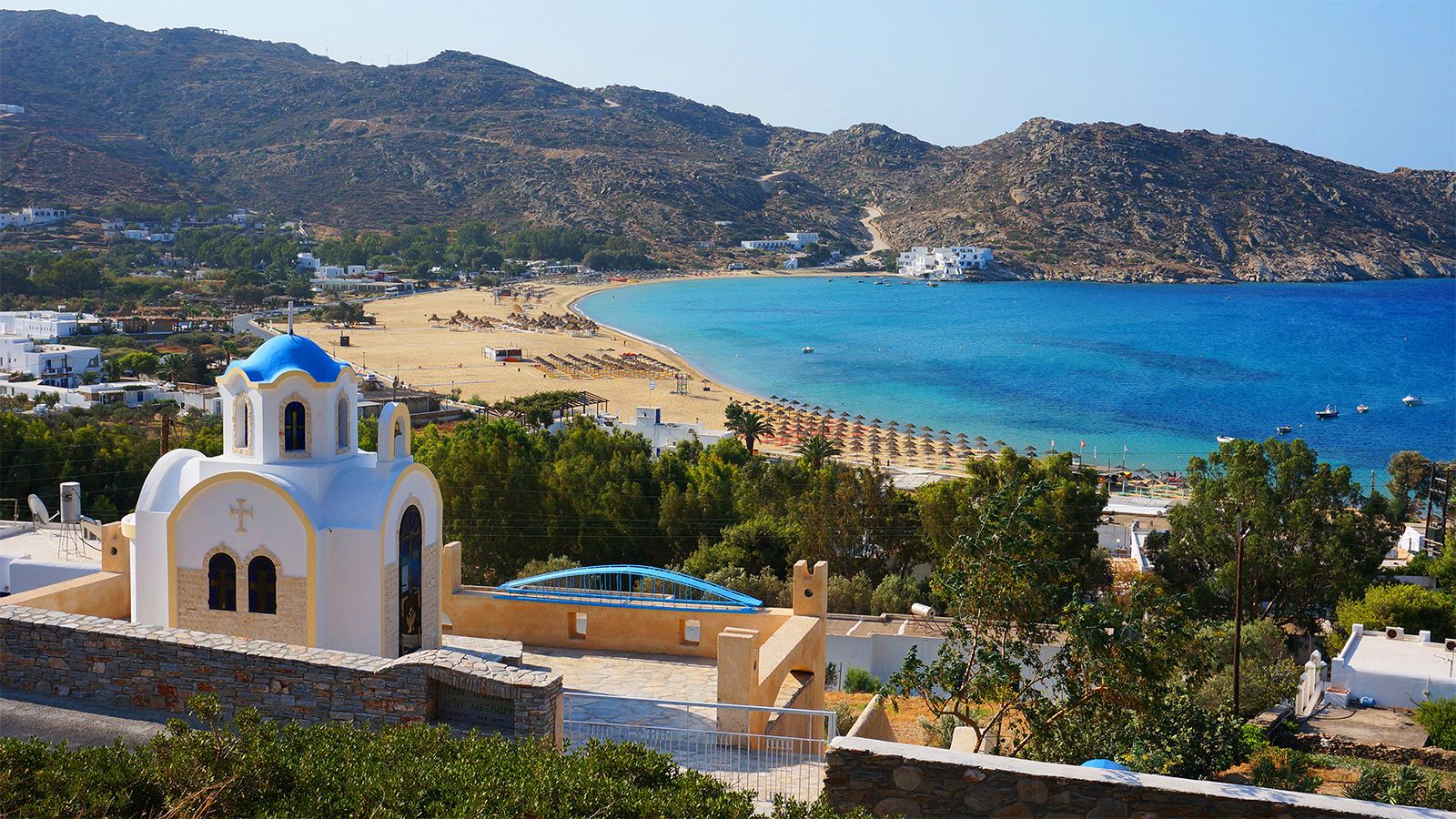 The height of the party season is June through to August, but Ios has beautifully warm weather from April to September.

Ios is located in the heart of the Cyclades so it is an excellent place to embark on an island-hopping charter through the region, from Naxos to Santorini and every beautiful anchorage in between.

Sail to the nearby island of Sikinos for a day trip. Walk around the villages and visit the Church of Panagia Pantanassa, the Monastery of Zoodochos Pigi and the Temple of Episkopi. Spend the afternoon at Manali Winery and taste delicious local delicacies with a beautiful view, before heading back to Ios as the sun sets.

Best spots for wining and dining:

The Octopus Tree is a casual, family-run restaurant that offers traditional Greek cuisine, local wines and mezze. As the name suggests, its signature dish is made from fresh octopus – a must-try if you visit. For fine dining in a cosmopolitan space, try Grandma's Restaurant located in the Liostasi Hotel. There are a plethora of bars for an after-dinner drink in the main town, visitors will be spoiled for choice with the jazz bars, rock clubs, discos and more.

Horiatiki is a classic Greek salad with tomatoes, cucumber, green pepper, red onions, Kalamata olives, and olive oil; you'll find this in most restaurants on the island. Souvlaki is a popular fast food in Ios that is traditionally made from beef or pork –  a great afternoon snack or quick lunch on the beach.

Although the island is undoubtedly known for its evening soirees and lively nightlife, like many destinations in Greece, Ios has a rich history of myths and legends. Homer, the famous poet and author of The Iliad is supposedly buried on Ios and his grave can be found by the ancient ruins of a Hellenistic tower. Visitors can also explore Skarkos, an early Bronze Age settlement not far from the port of Ios that is one of the best-preserved prehistoric sites in the Aegean.

Mylopotas is one of the most popular beaches on the island and can get crowded in the summer. Slightly off the beaten track, Manganari is made up of five smaller beaches and is a much more relaxing atmosphere – ideal for families. For a lively afternoon, visit the Pathos Beach Club for drinks, a pool and a party vibe.

The Odysseas Elytis Theater is an impressive replica of an ancient amphitheater that hosts summer concerts and musical performances, as well as events during the annual Homeric festival that celebrates the famous poet’s work.