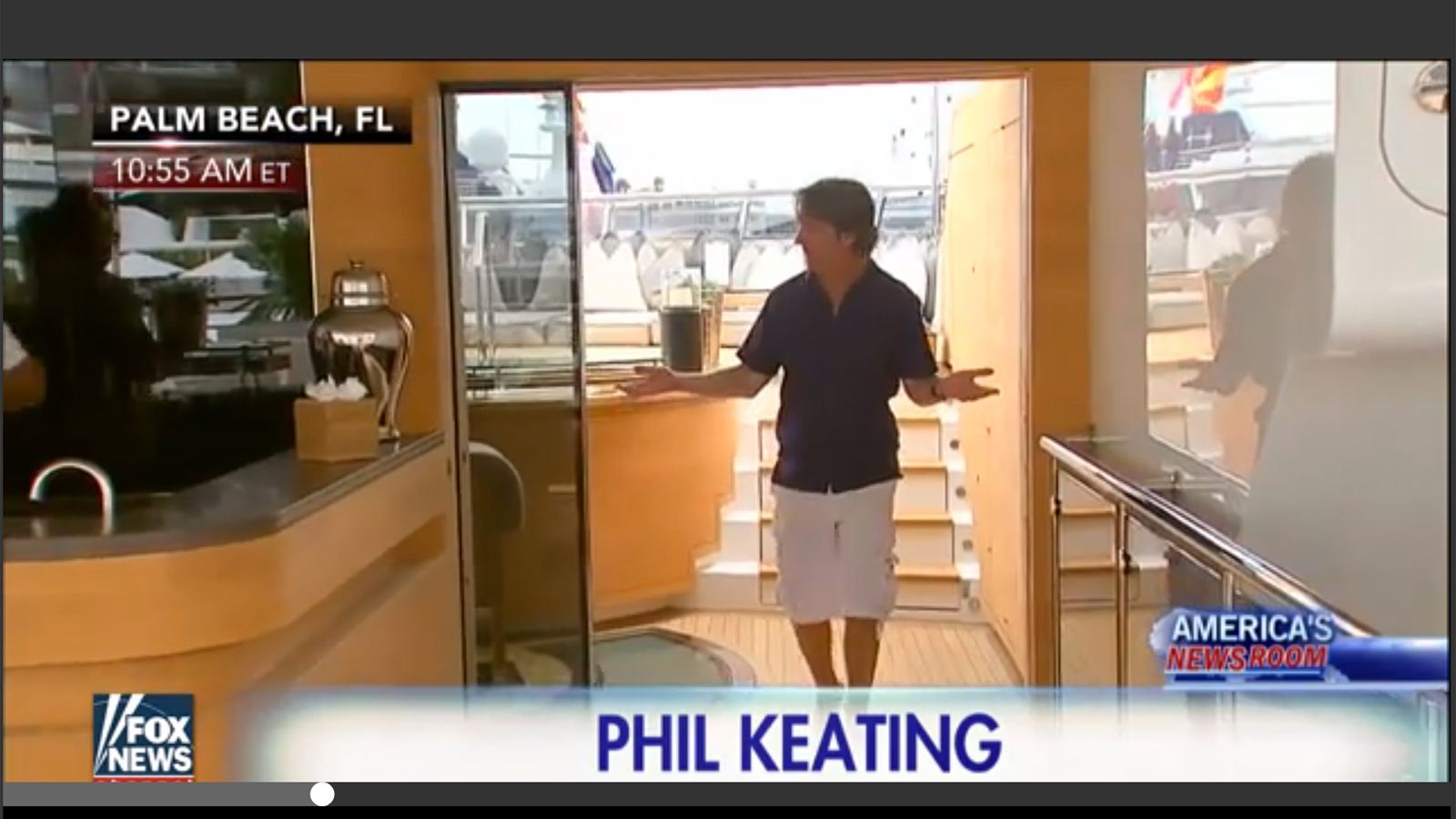 The IYC brokerage display attracted media attention during the 2016 Palm Beach International Boat Show. The 203’ Viareggio Sealyon appeared on Fox News network and an article on 160’ Bilgin Clarity ran in the Palm Beach Post newspaper.  IYC maintained a high profile at the Palm Beach show with 18 boats representing $228 million of value.  Ranging from 74' - 203' in length, the IYC made strong presence to prospective buyers and the media.
The largest yacht in the IYC display was the 62 meter Viareggio Super Yacht Sealyon. Fox News reporter Phil Keating filmed his report on board Sealyon. The story ran on the Fox News  New York live feed at 10:45am EST.  The video also included exciting water toys. MSN picked up on the story immediately and the video went viral online. KSAZ television in Phoenix, Arizona ran a Sealyon story at midday.  The Palm Beach Post was charmed by the classic style of the 160’ yacht Clarity.  The newspaper published a feature article on this new yacht that captures the romance of a bygone era.

IYC is no stranger to attracting media attention during boat shows. Just one month earlier, Skyfall was featured in a Lauderdale TV video and included an interview with IYC’s Mark Elliott. At every boat show, IYC strives to provide the best show experience possible for the yachts on display and for the buyers. The Palm Beach show provided the perfect venue reach out to an interested and international audience.