Singapore city is known as one of the safest, cleanest, most efficient spaces in the world, making it a pleasure to visit on a superyacht charter. This wholesome reputation doesn’t mean that it lacks character, like a trip to Chinatown, the historic Raffles Hotel, or its warren of food stalls will prove. Singapore has a fascinating combination of Chinese, Malay, Indian and Western cultures, with over 39% of the population foreign nationals, and it maintains its international reputation by offering some of the finest restaurants, shops, bars, and experiences in the world. Its skyline is world-famous, with countless skyscrapers competing for the top position including Guoco Tower which reaches a staggering height of 290 meters.

This sovereign island state extends beyond the city itself, with some 62 surrounding islets in its waters. These offer something quite different, and with just a short cruise you will feel a thousand miles from the cosmopolitan streets of the city. Uninhabited islands shrouded in myth and legend have intriguing names such as Ghost Island, and Sisters’ Islands. Each offers something unique, from cultural insights to beach parties. Ghost Island is technically two islands, and at low tide, you can walk through the shallow water to reach the other side. Here you can enjoy excellent swimming, safe snorkeling, rewarding fishing. Marine life on this island includes bright and colorful coral reefs, sea turtles, and angelfish. After a day in the sun, enjoy an on deck sundowner, before returning to the city to enjoy the twinkling lights of Singapore’s supertrees and the best of the city’s nightlife.

There is a thriving gourmet food scene in Singapore. Although you will enjoy the five-star meals that your yacht’s chef will create for you, during your yacht charter you may wish to indulge in an evening ashore at one of the many Michelin starred restaurants in the city. For a beach day, head to Sentosa Cove, an island that boasts a number of clubs and bars on the waterfront to keep you entertained until the early hours of the morning.

Each year, the Singapore Yacht Show attracts the region’s largest yachts and showcases the area as an excellent starting point for any luxury yacht charter. A yacht charter in Singapore is a fantastic place to start a cruise to neighboring Indonesia and Malaysia.There are daily international flights into Singapore airport, which means that traveling there and using it as the base for your yacht charter is simple and efficient.

Singapore, and the idyllic destinations that surround it, are waiting to be explored by luxury yacht charter. Experience the breathtaking beauty of Southeast Asia on board your yacht. 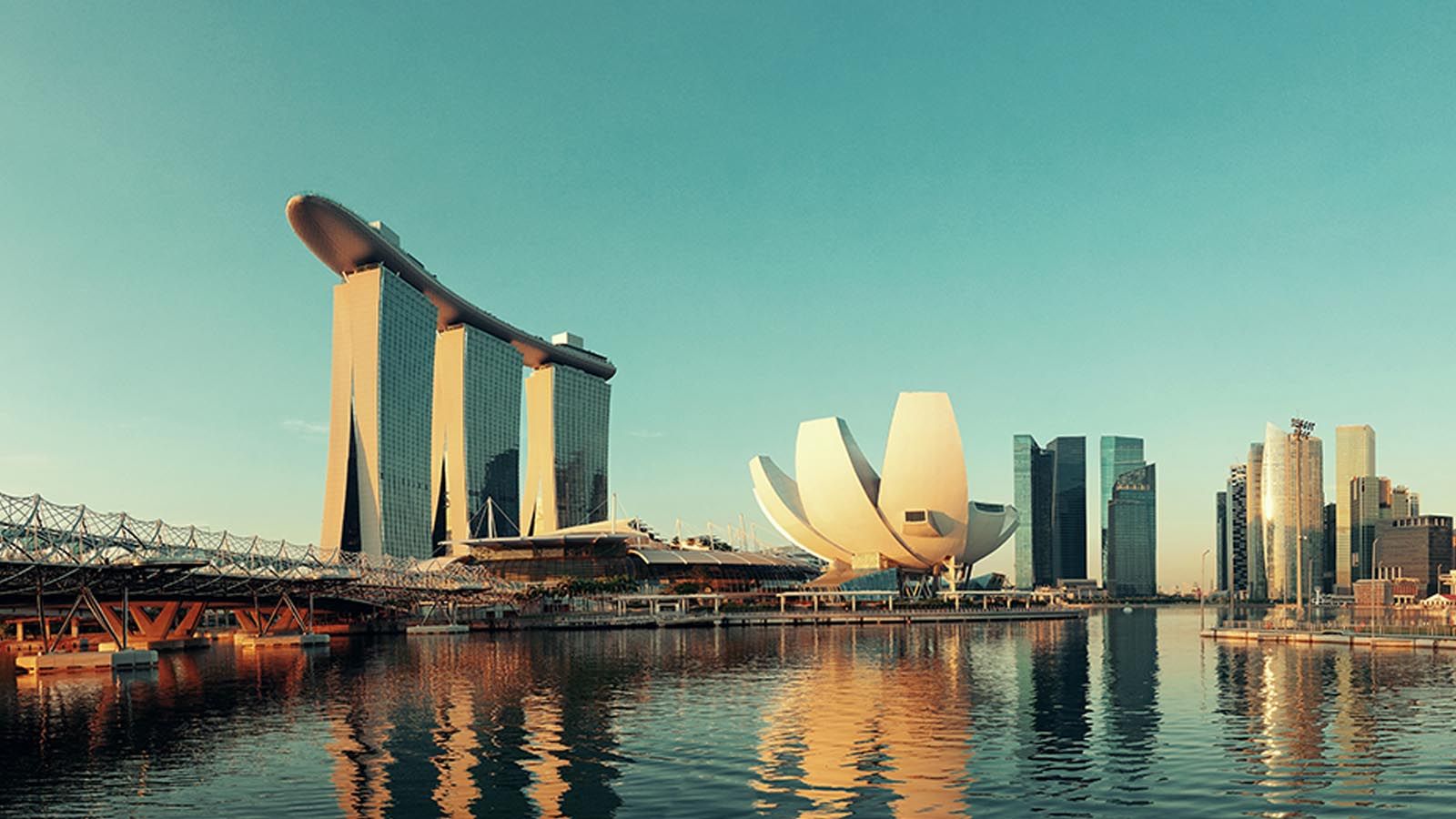 Best Time To Visit: Singapore has a warm, tropical climate all year round with the most popular months for visiting being June, July and August.

Key Cruising Areas: The city itself is a key destination, but a number of surrounding islands can be incorporated into a charter, including Kusu Island, Lazarus Island, Sisters’ Islands, St John’s Island and a number of private Indonesian and Malaysian islands – giving you the best of the city and the beach.

Don’t Miss: Singapore Grand Prix, held in September. This glitzy event brings with it exclusive parties, performances by international artists, a lot of glamour, and of course, a thrilling street circuit Formula One race.

Best Spots for Wining and Dining:Singapore has a staggering 44 Michelin starred restaurants, and the two that hold three Michelin stars are Odette and Les Amis, the latter of which also has one of the best wine lists in Asia. Of course no visit to Singapore would be complete without enjoying a Singapore Sling at the iconic Raffles Hotel. 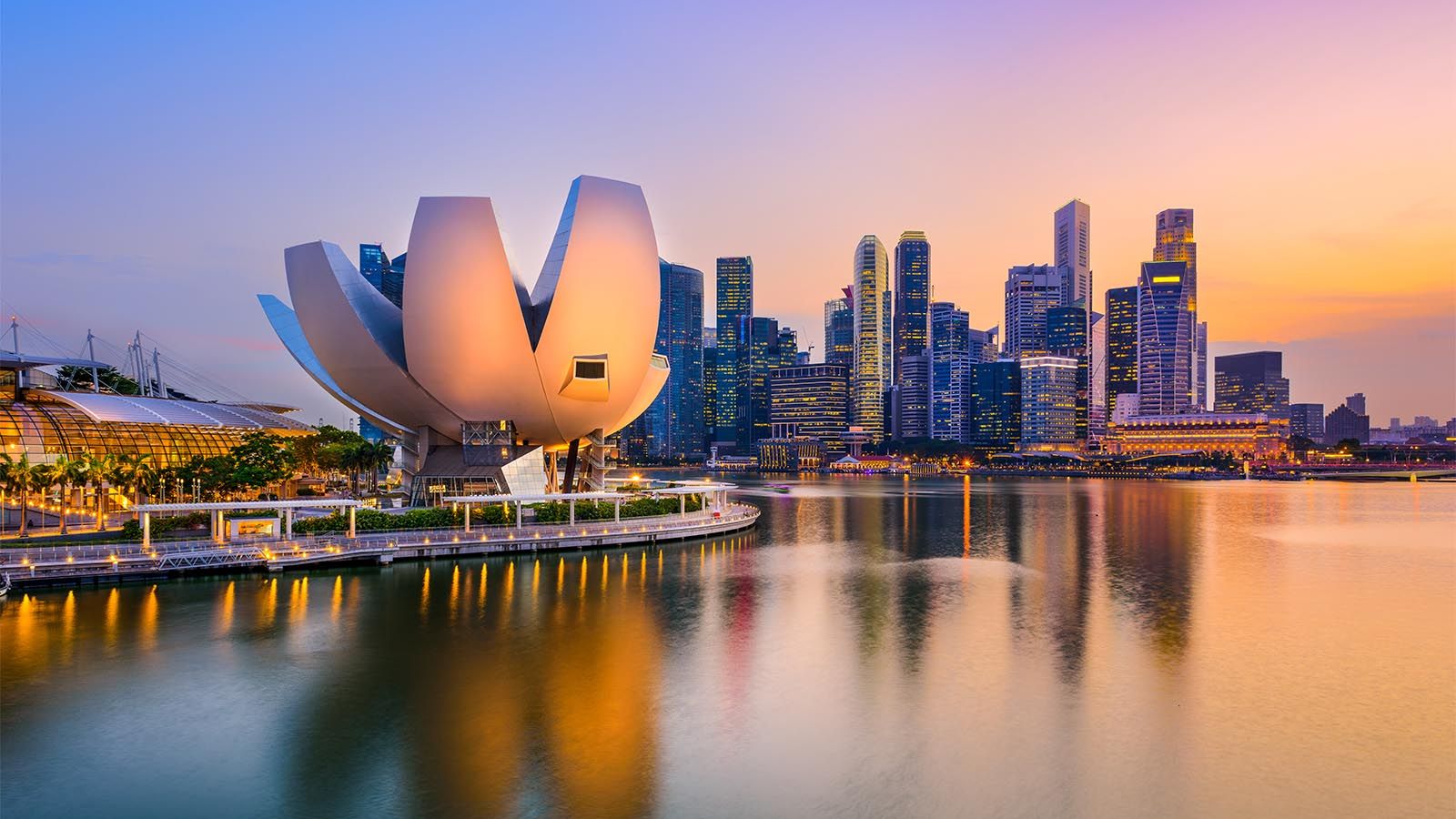 Local Culture: Visit Kusu Island (sometimes known as Tortoise Island) to experience its sacred sites, which include a temple and three shrines known locally as ‘keramats’ that can be reached by climbing 152 steps.

Best Beach: The uninhabitedLazarus Island has a superb crescent shaped beach which is perfect for both swimming and watersports. From here you can walk directly to St John’s Island via a bridge, where an abundance of flora and fauna can be observed from the island’s walkways.

IYC recommends: Head to the top of Marina Bay Sands for an unparalleled view of Singapore’s downtown skyline.

Please complete the form below and our Charter Team will
respond to your inquiry shortly.