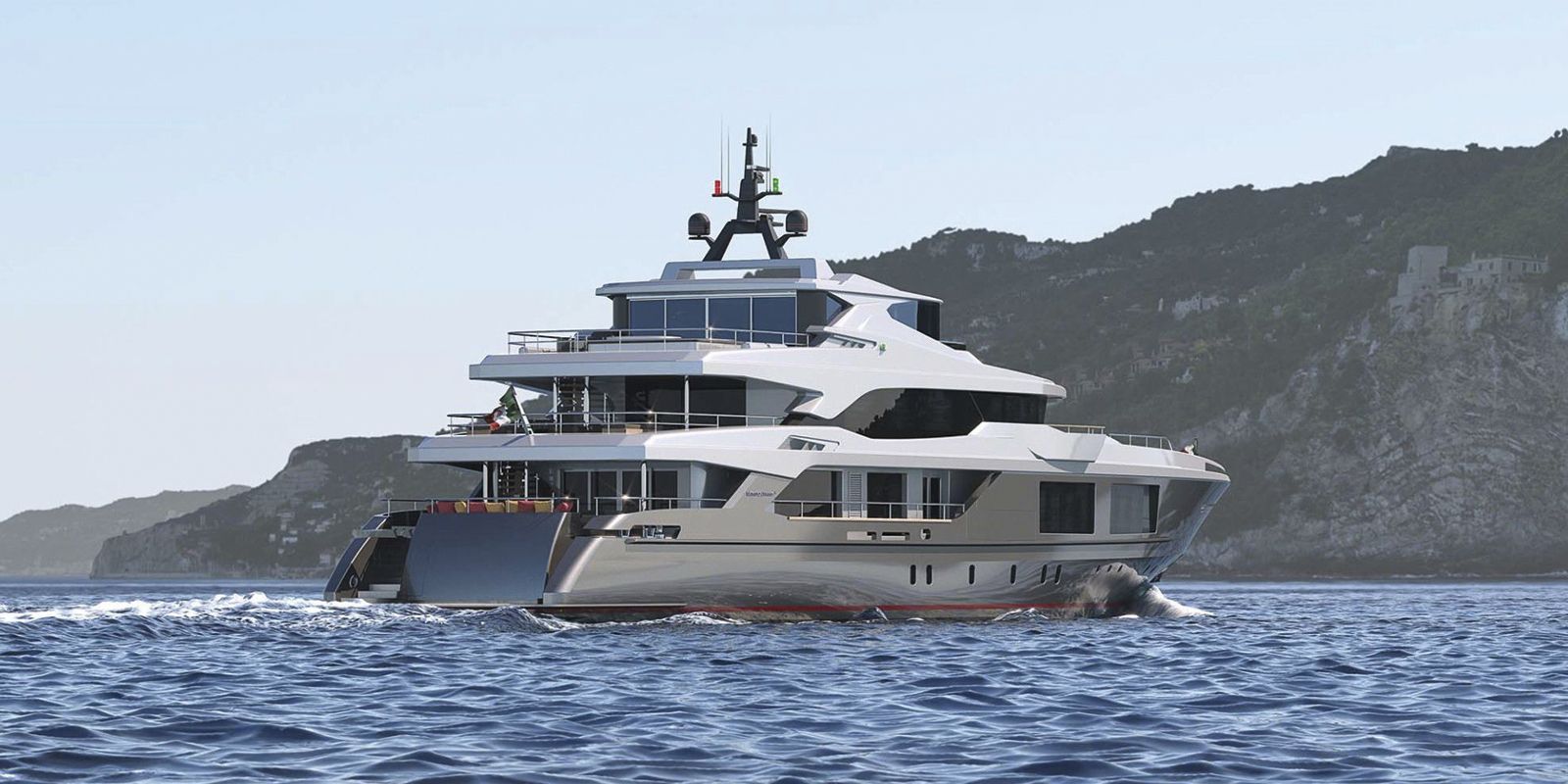 The 54 meter long yacht will have a volume of 800gt contained within a steel hull and aluminum superstructure, and will reach a top speed of 17 knots.

As with all Mondomarine new-build yachts, M54 will be built to a fully-custom design—she will be for an experienced owner who has completed a circumnavigation aboard his previous yacht (a previous IYC sale). The captain worked closely with Mondomarine and Kevin Bonnie to refine the ideal specifications for this Australian owner’s adventurous cruising yacht. M54 will be delivered in 2017 and will then embark on a voyage with the family to further hidden anchorages around the world.

The project’s design features four guests’ cabins on the lower deck, the owner’s cabin on the main deck and a sixth cabin that is convertible into a media room on the upper deck. M54 will be equipped with an elevator serving the four decks and a touch and go helipad. As a globetrotter, due attention has been paid to the range and a considerable amount of space dedicated to stowing large tenders, jet-skis and water toys.

Mondomarine CEO Roberto Zambrini announced the sale to an Australian client with Kevin Bonnie on Monday the 14th, on the occasion of the Cantieri Navali Campanella’s 100th Anniversary celebration.