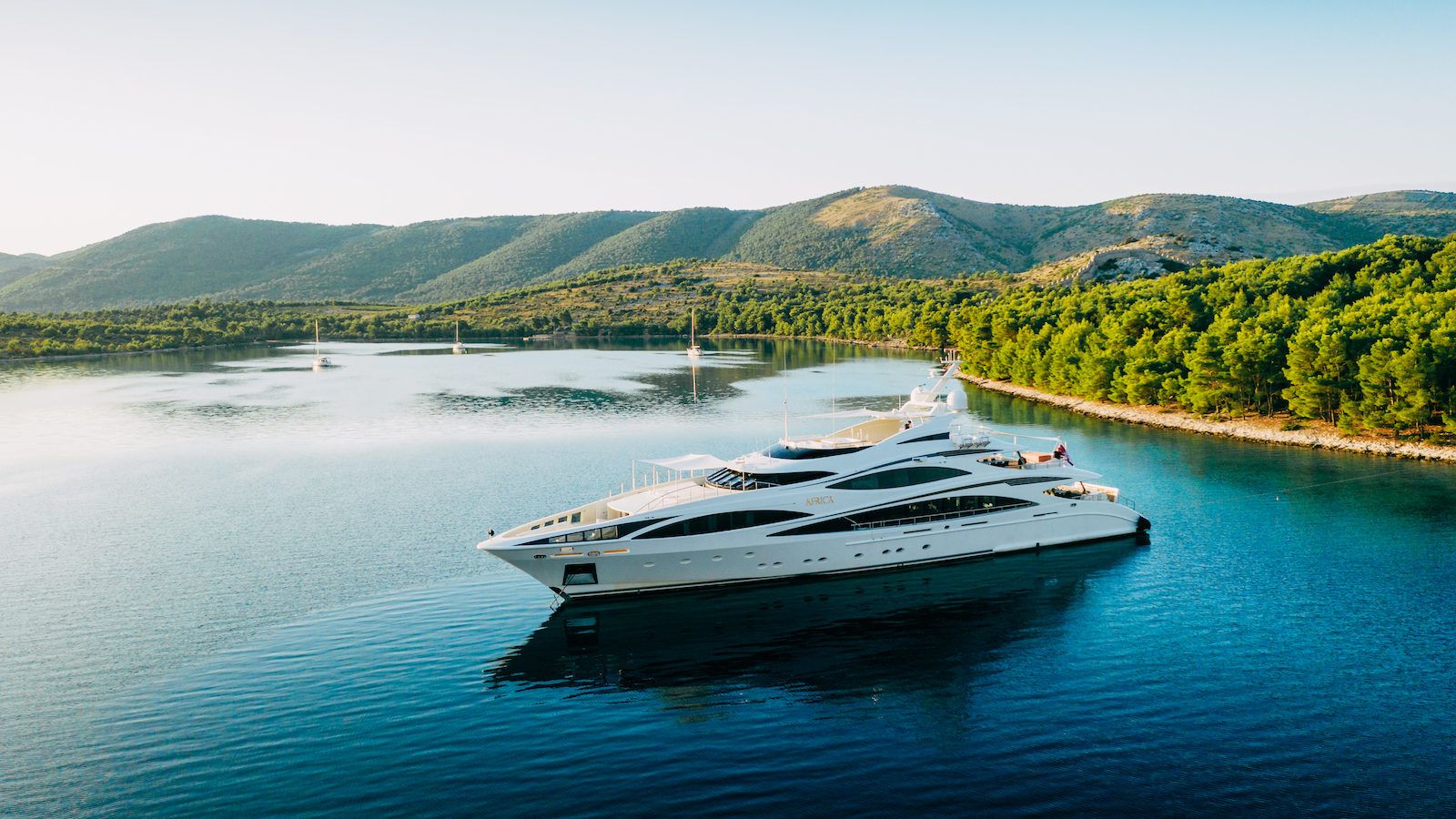 THE BEST PLACES TO SOCIAL DISTANCE ON A YACHT IN CROATIA

Croatia is the magical land of a thousand islands. Known for its breathtaking coastlines, rich cultural history and beautiful, crystal blue seawater, this region is the ideal place to escape the crowds and enjoy a peaceful holiday in beautiful surroundings.

Enjoy the splendid scenery of the Adriatic Coast while cruising to Dugi Otok from the town of Zadar. Take a dip in the oasis of Sakarun Beach in the bay, renowned as one of the most beautiful beaches in Croatia, where the sea is an intense turquoise-blue colour. Explore Sakarun, which is a mixture of beautiful white sand and pebble beaches, surrounded by pine forests. Don’t miss a chance to visit the lighthouse in Veli Rat, and for the explorers in your group, you can dive next to the shipwreck of an Italian merchant ship that sank in 1984.

Olib is part of the western Zadar archipelago, and as there are no cars on the island, you can explore in peace and tranquillity. With its hidden coves and the shallow bays, Olib is known as a favourite destination for sailors and recreational fishermen. You can spend the day windsurfing, fishing and diving, as well as buy locally caught fish, wine, cheese and homemade olive oil.

Travel to the island of Ist, a beautiful spot with a population of just two hundred people, this is a destination for a truly peaceful vacation. You can anchor or berth at the shore on the south side of the island. The Island of Ist is ideal for secluded outdoor holidays; enjoy its sandy beaches, bays and sandbanks that are ideal for fishing and diving.

The Kornati Islands are one of the most breathtaking areas of Croatia. Here, you can drop anchorage or berth at the shore. The Kornati National Park is often described as a nautical paradise. Sailing through 140 unforgettable islands, islets and reefs, you will use all of your nautical skills as you explore the beautiful seas. The Kornati National Park covers the largest area of Kornati waters, and the islands were proclaimed a national park in 1980 as a result of their exceptional landscape, beauty, interesting geomorphology, rugged coastline and the rich underwater ecosystem.

One of the most popular islands in this region is Mana, located in the heart of the archipelago. The island still has the remains of a 1950’s film set, which was built to resemble a Greek village. There is a beautiful archway overlooking the open sea and historic stone walls to discover, slowly crumbling after being exposed to the salty ocean air and strong winds for over half a century.

The Island of Mljet is known as Croatia’s greenest island, with its lush vegetation and crystal clear sea. Cruise to the scenic Polace Bay in the northwestern part of the island. Take a dip in the crystal clear sea and start exploring one of the eight National Parks in Croatia.

The two saltwater lakes and expansive green forests make Mljet a spectacular location for cycling, swimming and paddle-boarding. The Mljet National Park, on the western part of the island, has two deep bays and in the largest one, you can visit a Benedictine monastery from the 12th century. Make sure to travel out to The Cave of Odysseus in the Mljet National Park and explore the area that allegedly Odysseus himself used for shelter after being shipwrecked.